Wow! So yesterday we saw a number pairs fall hard and people have been talking about what may have caused these moves in the market and how they could have been traded.

The more important questions is did you profit from it?

I won't go into what may have caused the crash as the mainstream media and everyone is else is already covering that. What I will do is mention a trade I was in when the crash occurred.

Notice I said I was already in the trade before it happened and this is key. No one knows what will happen next so you just need to have a solid strategy that works and trade it.

No surprise that we're talking about a yen pair as most of you know I love the yens.

I was short this pair from mid December last year and I got in around 143.38.

I was still in the trade when the crash happened so a trade that was already playing out nicely did even better.

Why take a short?

Price had been trending down for some time from higher timeframe supply/resistance and the charts indicated that another down move was likely hence the short. The downtrend was maintained with lower lows, lower highs and resistance holding so there was no indication to exit the trade.

The fact that I benefited from the crash was due to me sticking to my trading plan. That's all.

Here's the daily around the time of the entry: 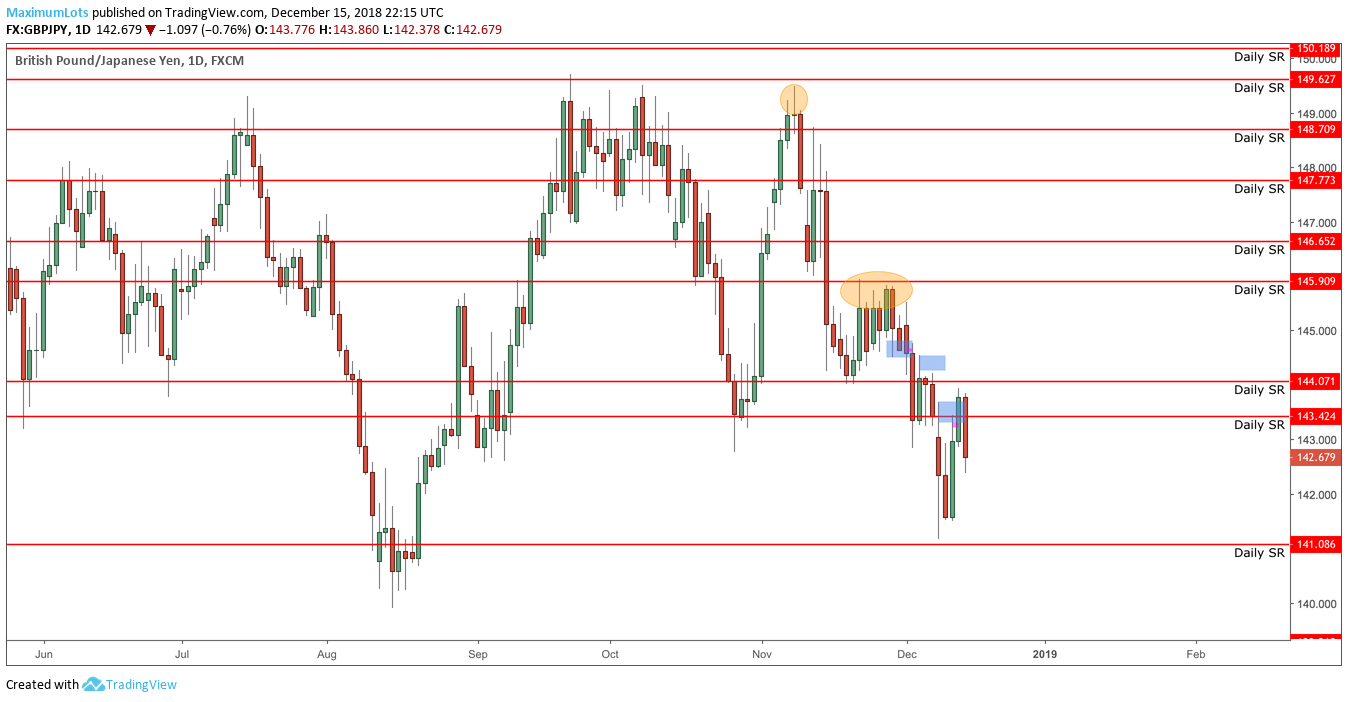 And here's the H2 chart:

That last resistance in blue held which confirmed the short. After that, it was just a case of holding. 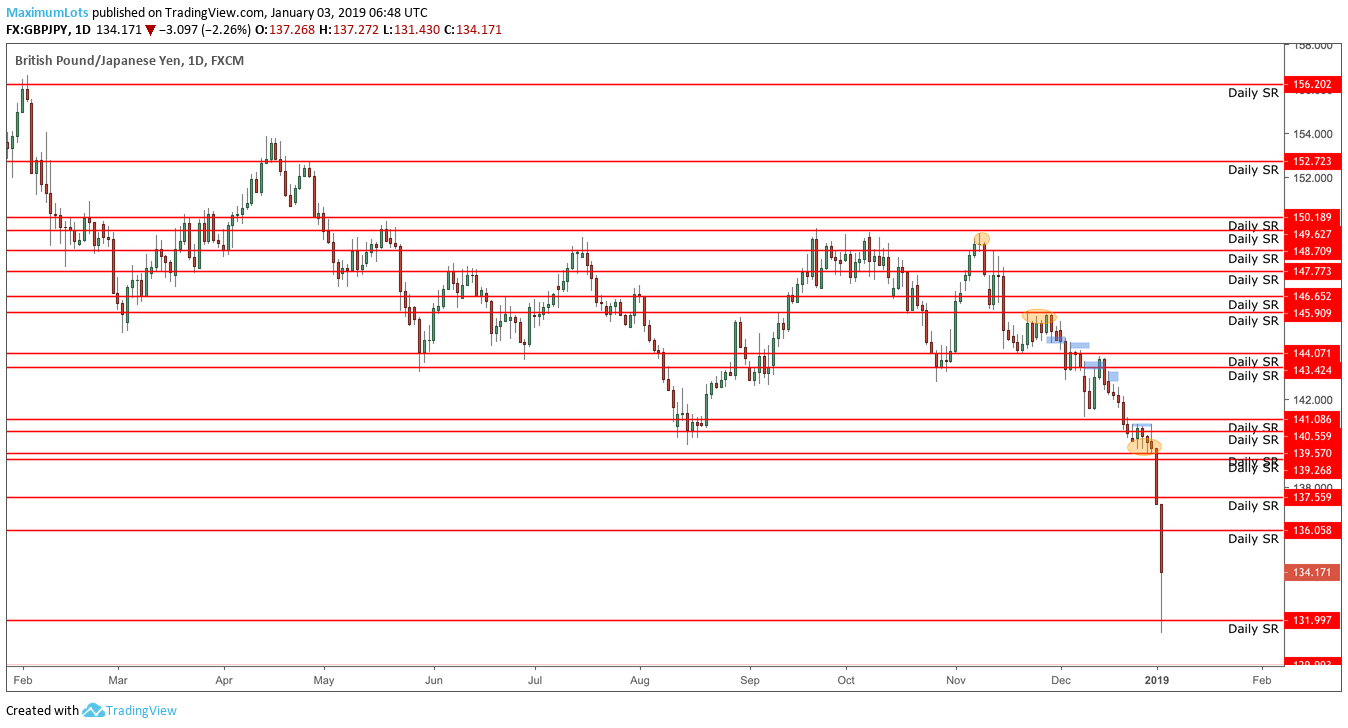 I exited the trade when it started to pull back. That's over 1000 pips with a big boost to the account so I was more than happy with that.

You'll notice that the chart markups are little different but I will explain in future posts.

In fact let me give you the pre trade analysis on EJ and UJ.

Take note of the timestamp and the trend description. 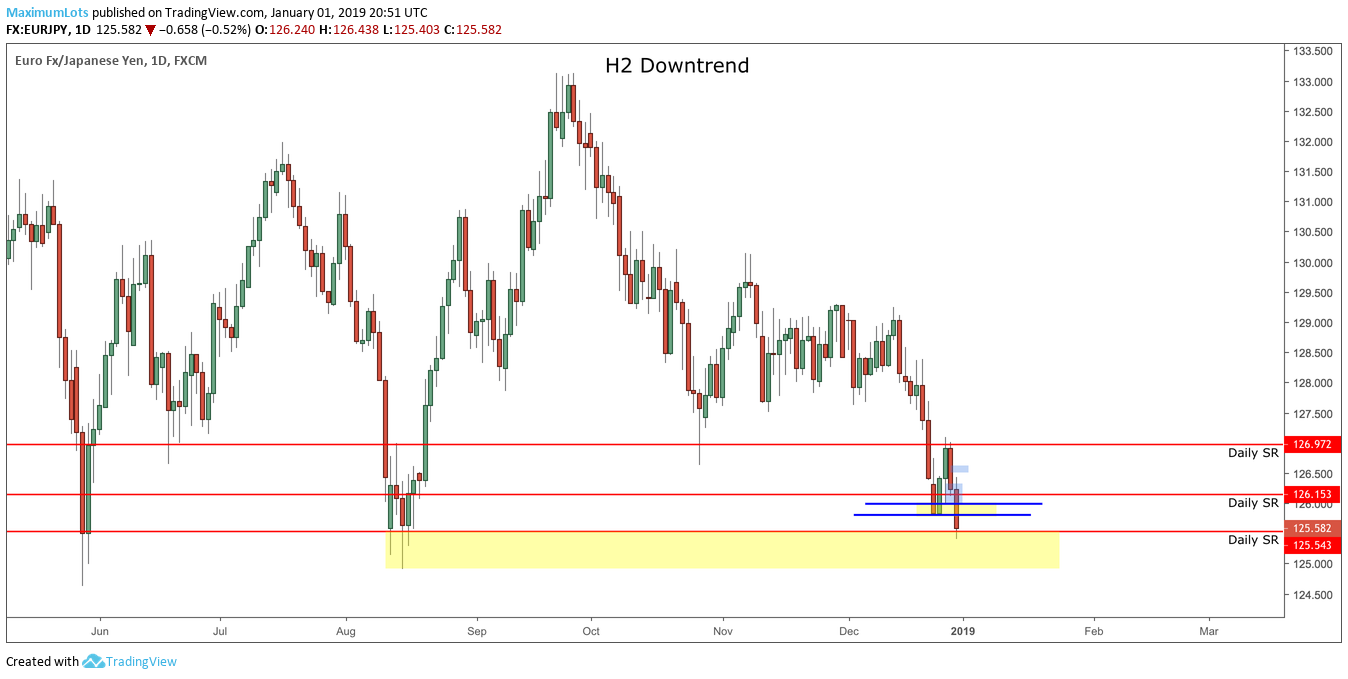 The blue lines were potential reversal points for short trades see below: 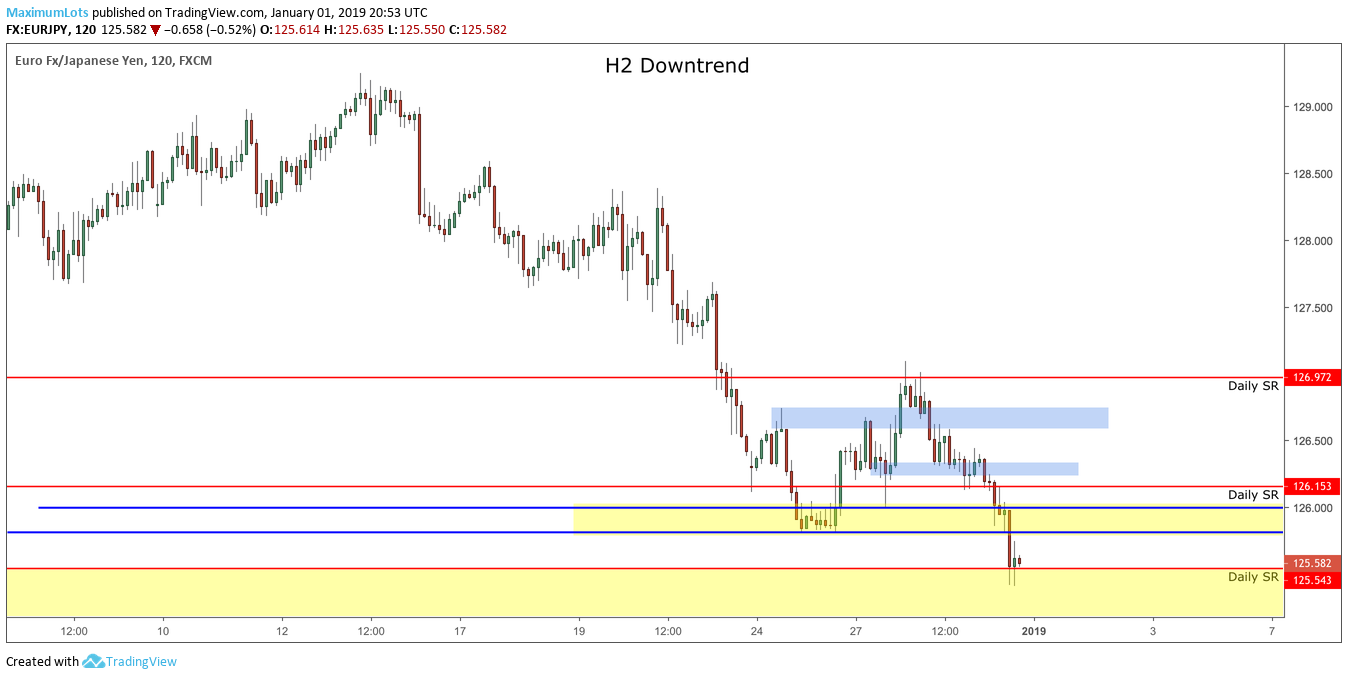 We all know what happened next. 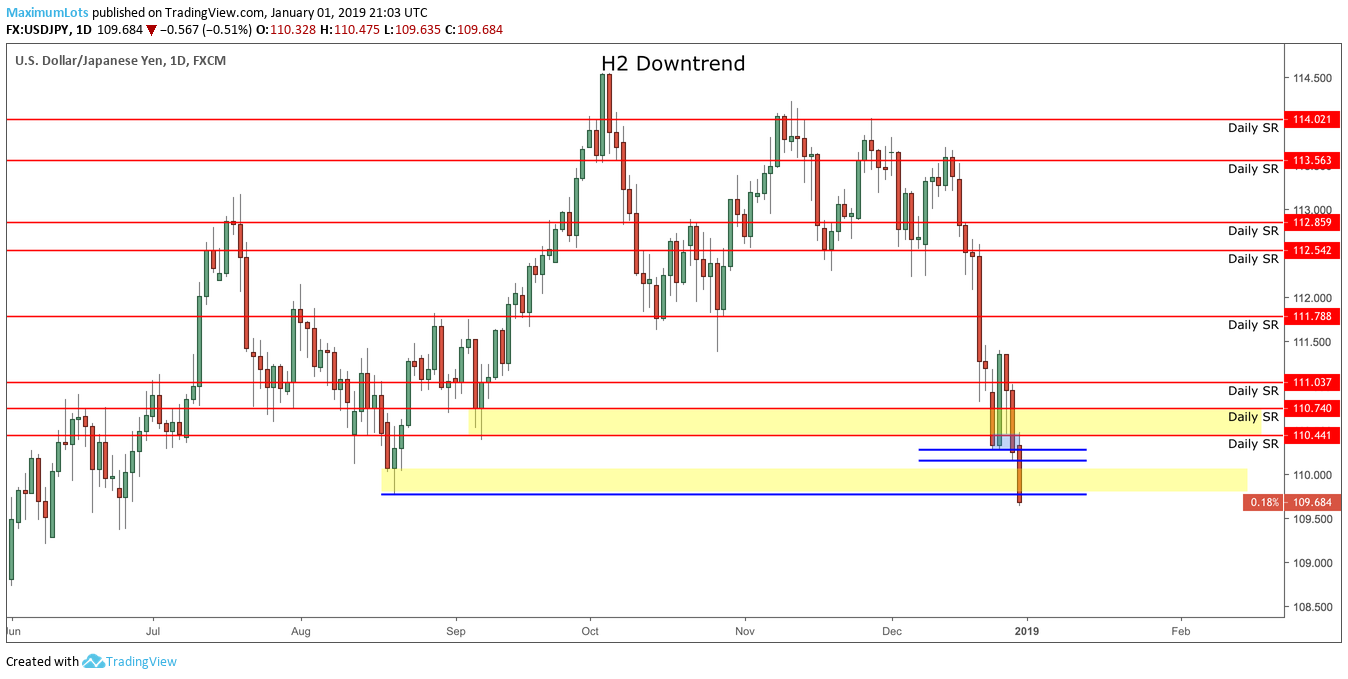 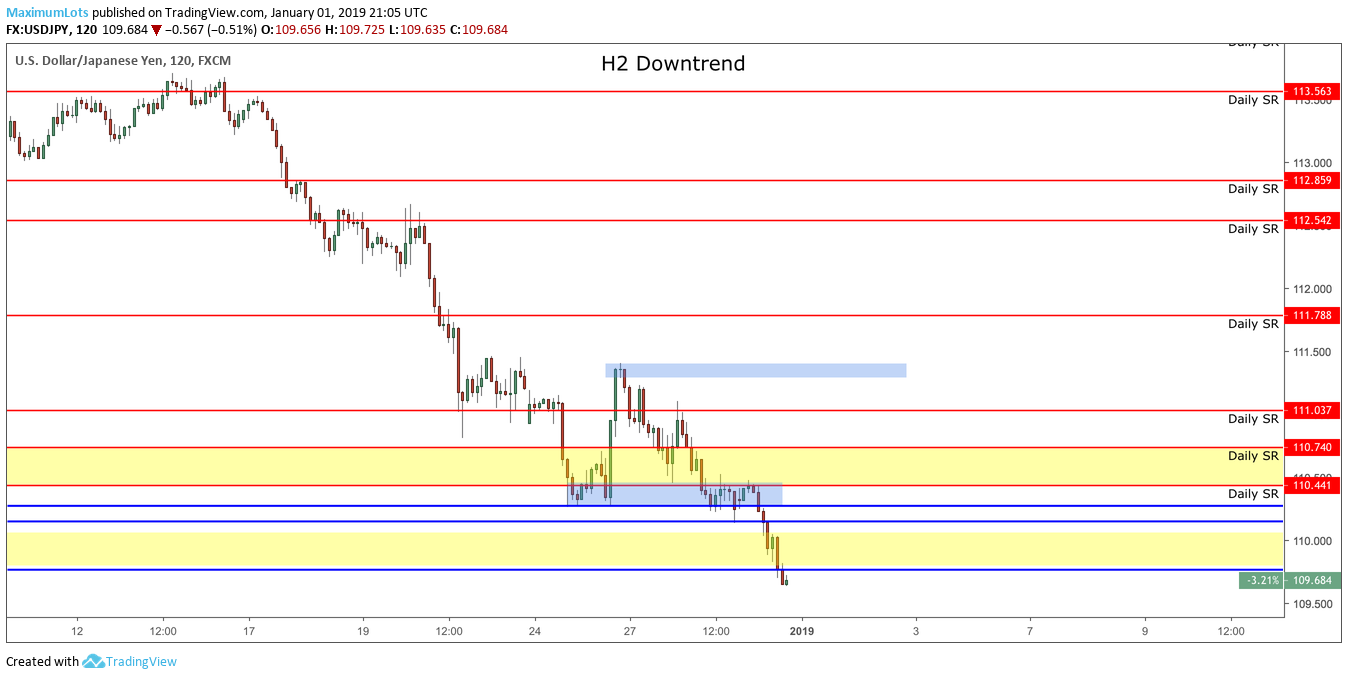 Same thing. Price hit the reversal point and it was game over, down we went.