Last week I talked about the drop on AU and that ended up hitting demand as planned. I'll update you on that as well the action from the pound.

I talked about the AU short I spotted last week and if you missed it you can find it here. The move continued as planned and here's how it ended up.

Now on to the pounds.

For those of you who subscribe for email updates and did so prior to last week (new subscribers won't have seen it), in last Sundays email I mentioned that I'd be watching the pound pairs. And with very good reason.

I'll show you what I was looking at and what happened.

There's a lot to get through so I'll be brief with each one.

H4 rising wedge with a breakout. Just needed a retest for the short. 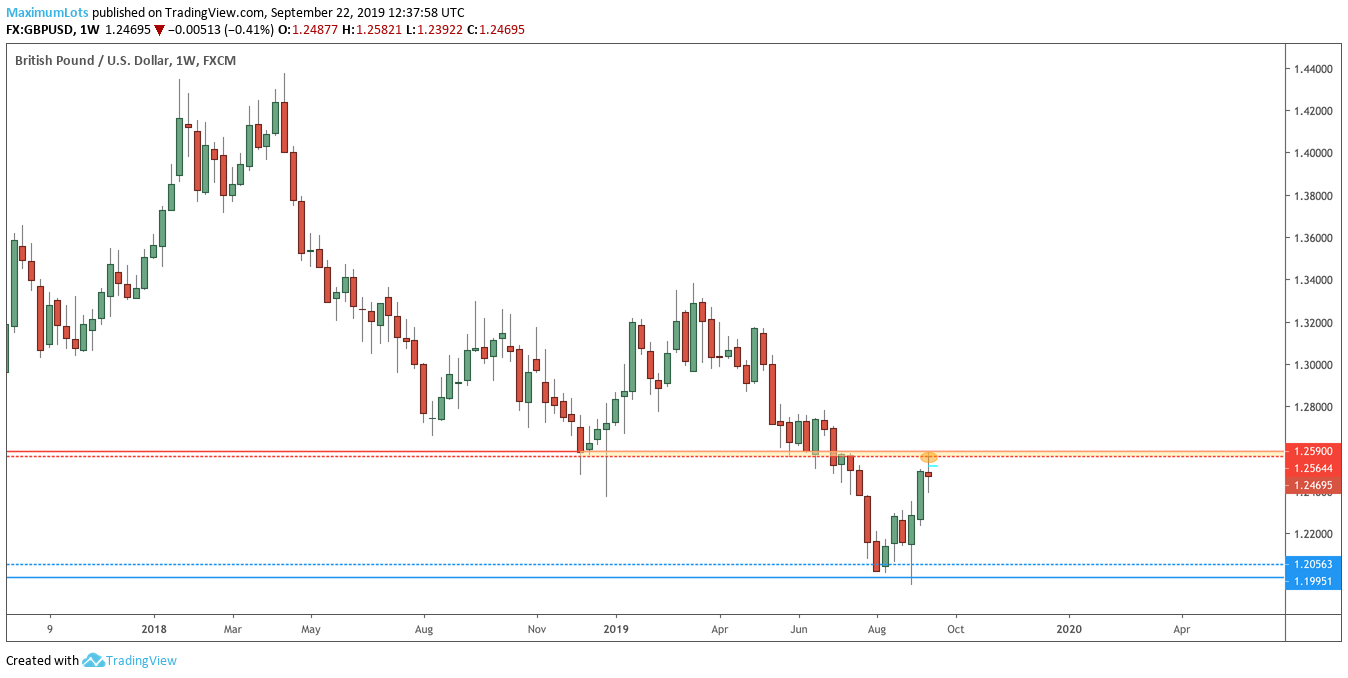 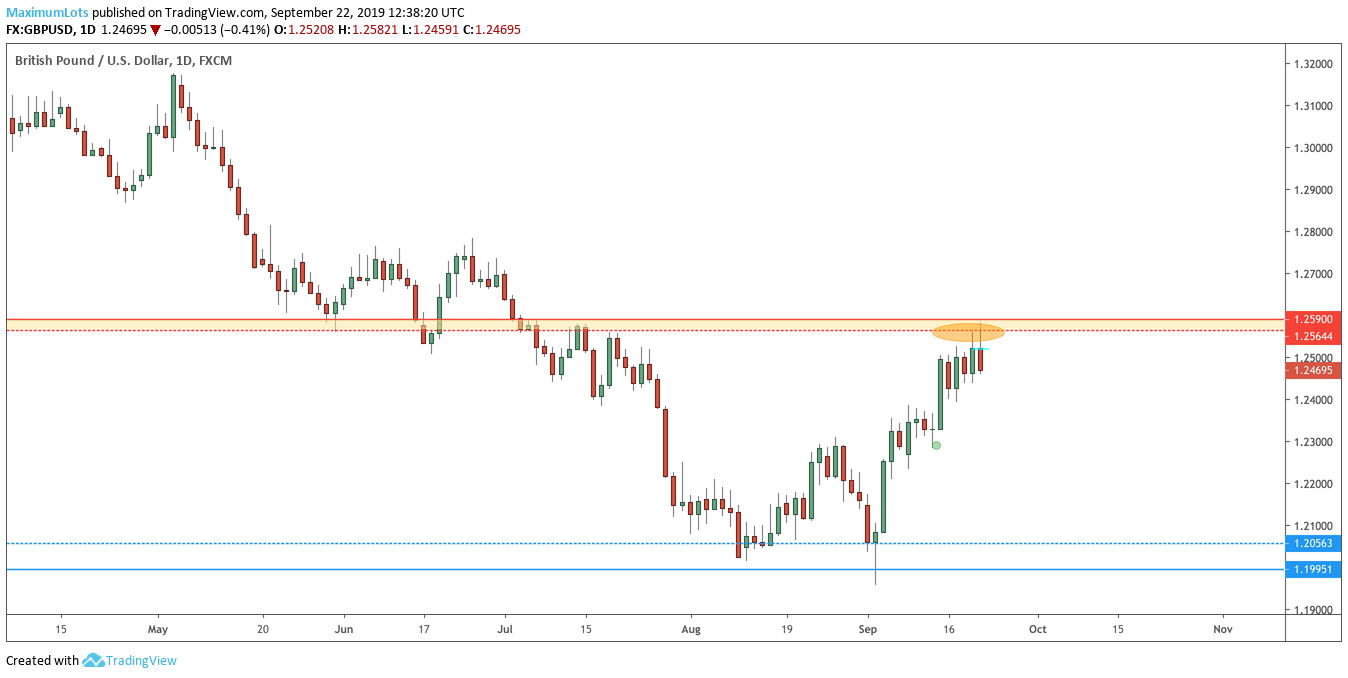 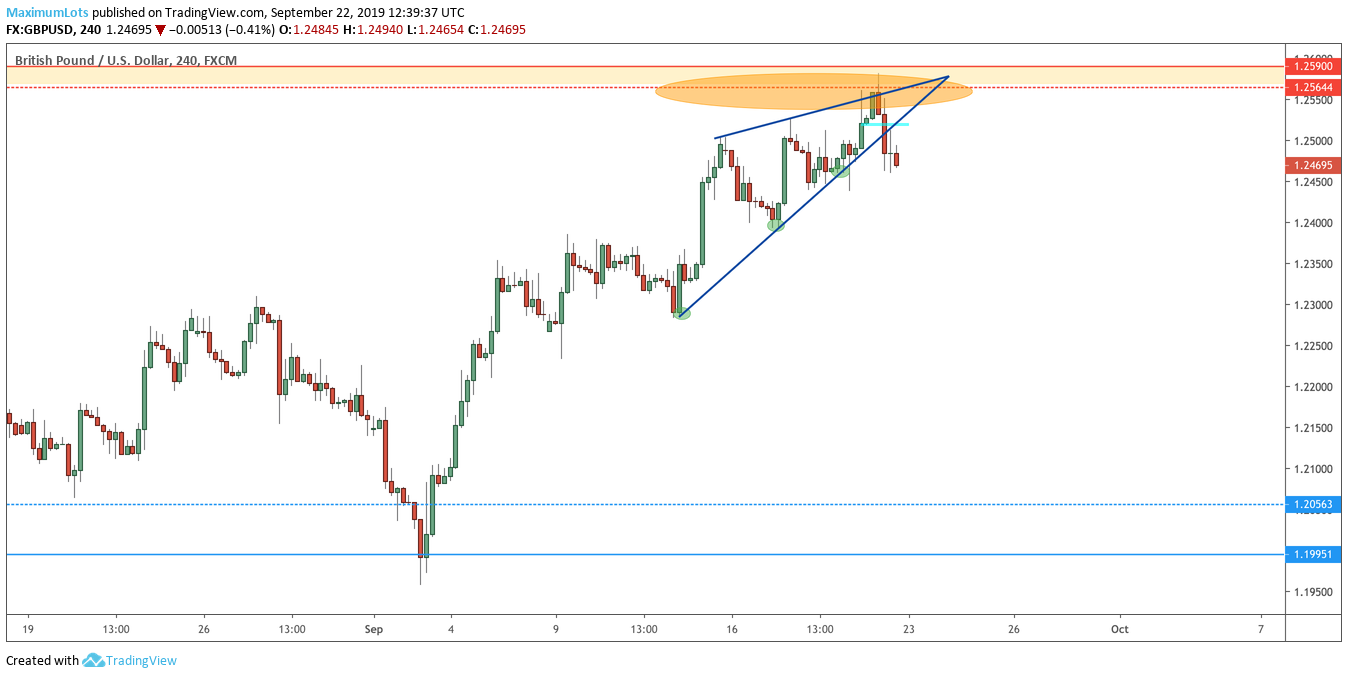 My entry was around here: 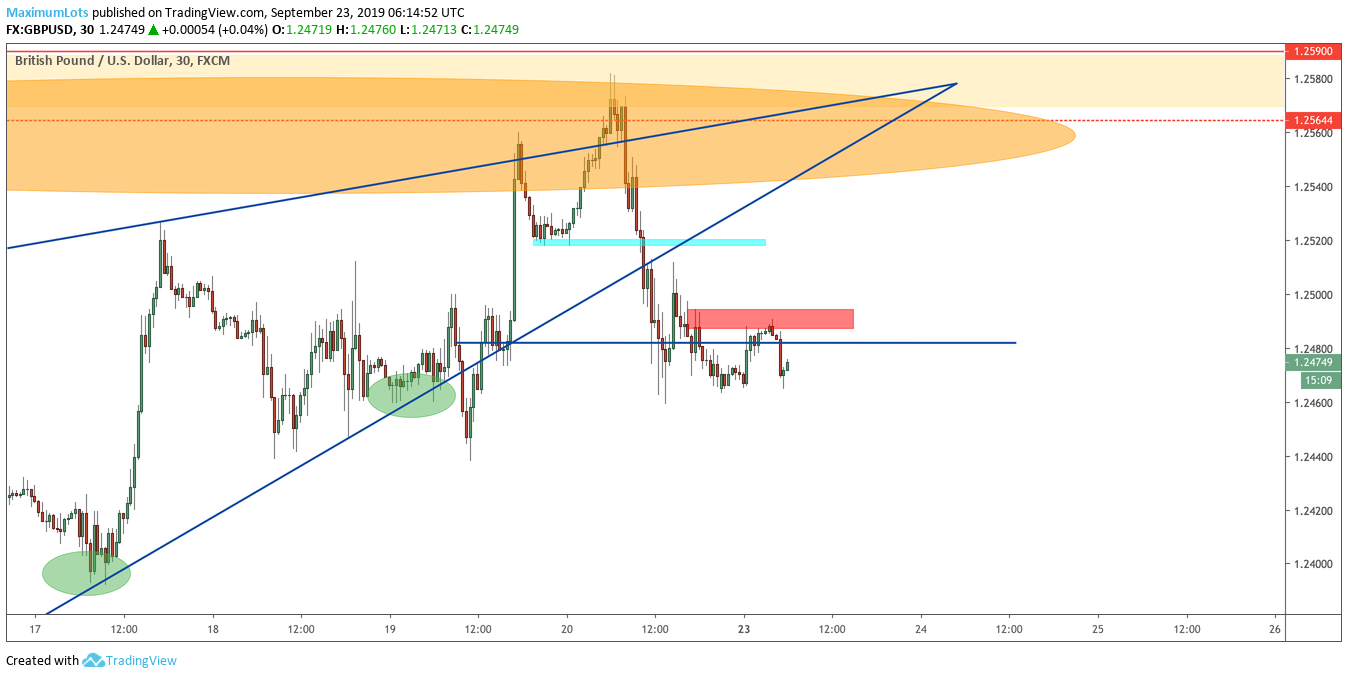 Here's what happened next:

H4 ascending channel. Just needed a confirmed breakout, and retest for the short. 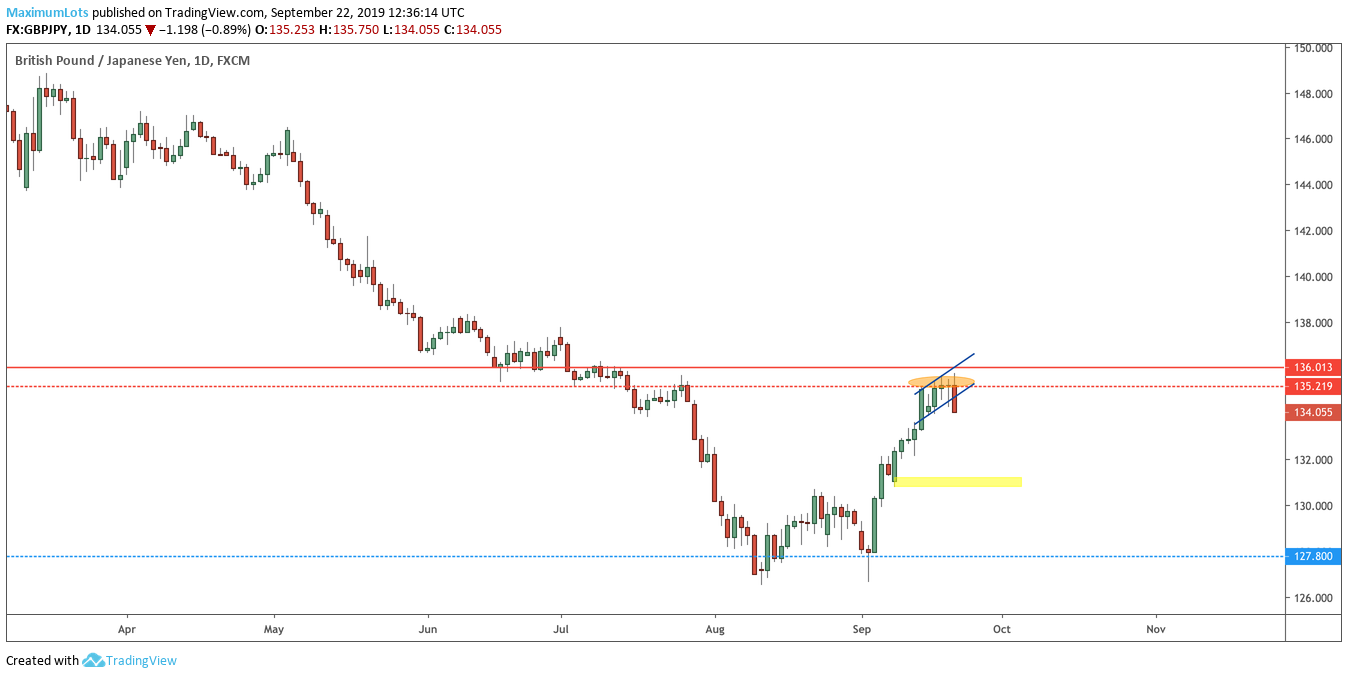 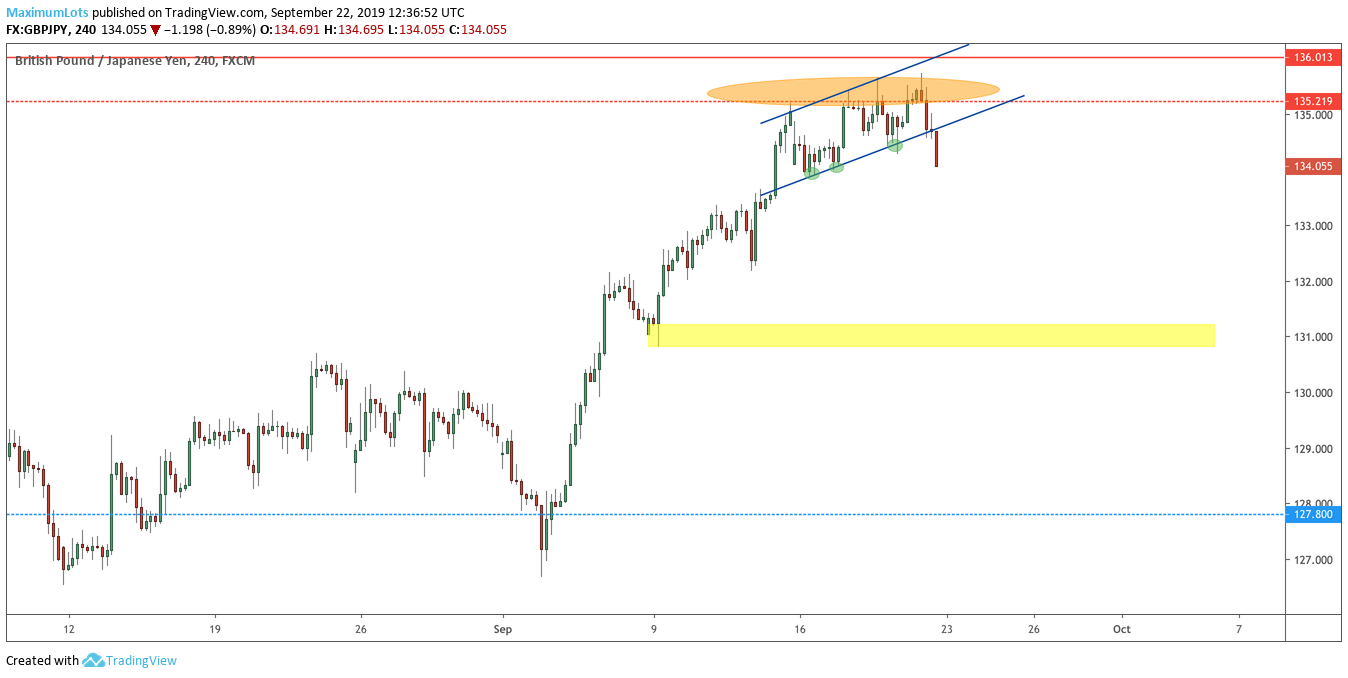 And down it went:

I didn't take the trade but gave it out to the premium members who were able to capitalise on it.

H4 ascending channel. Breakout and retest for the short. 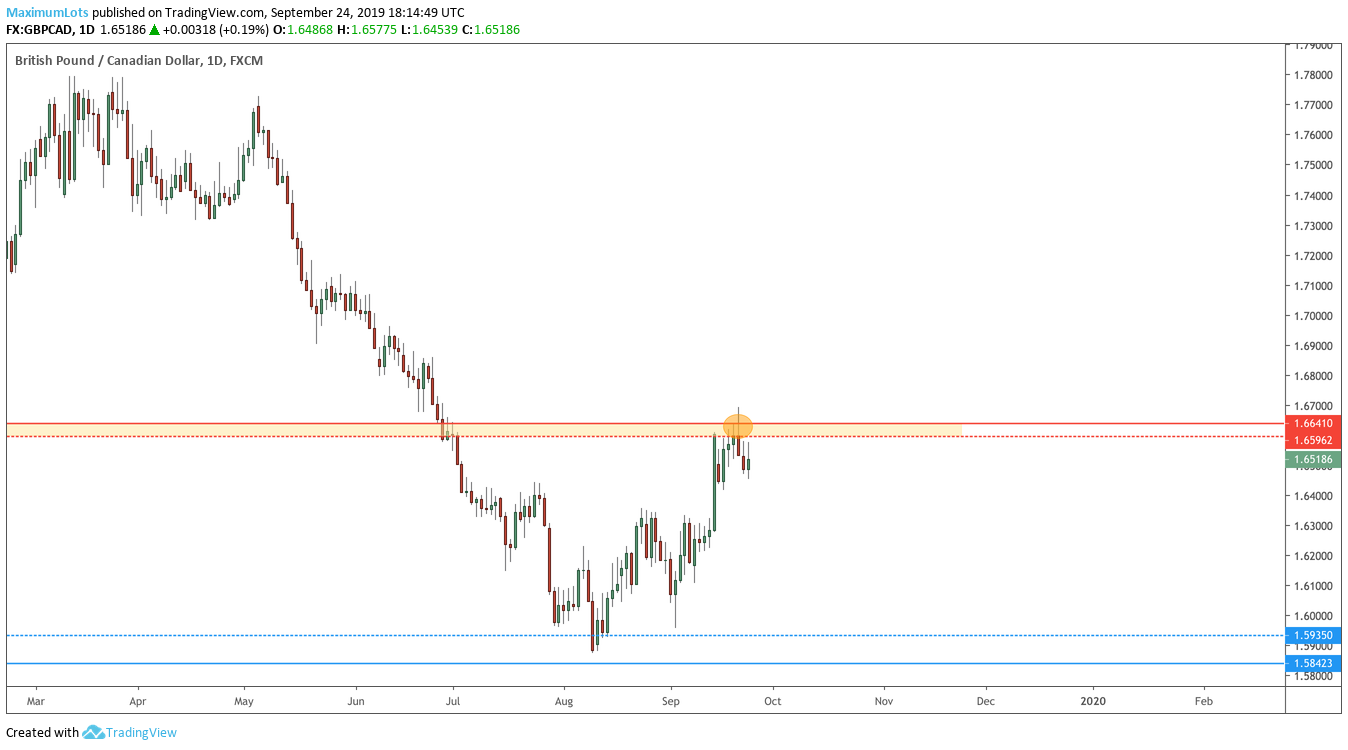 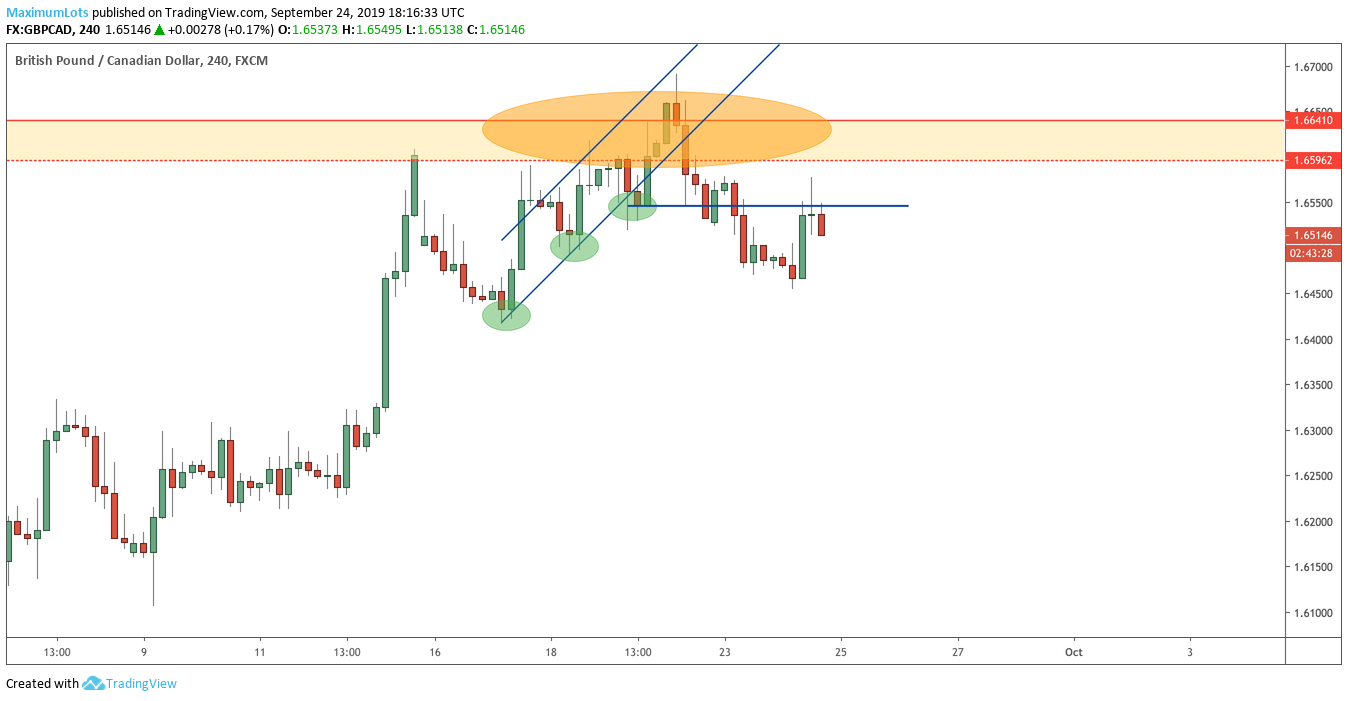 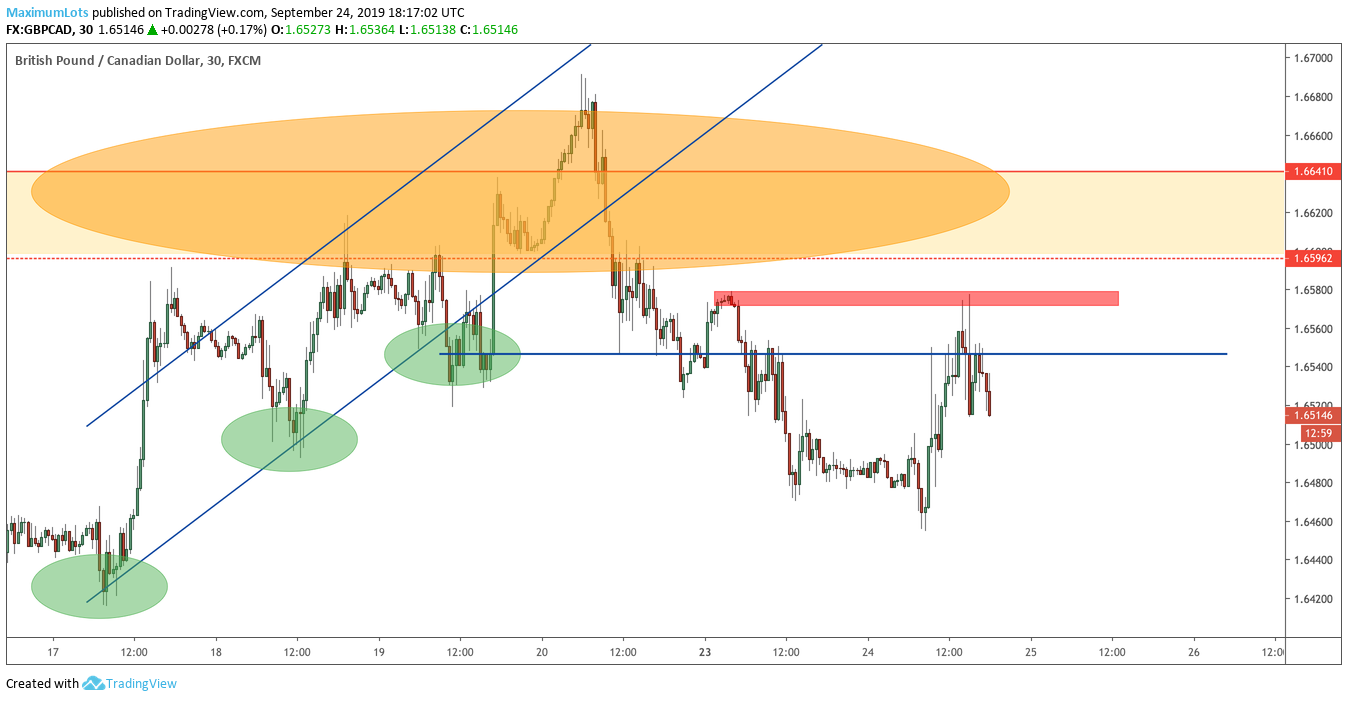 I gave this out the premium members and took this trade.

H4 ascending channel. Just needed a confirmed breakout, and retest for the short. 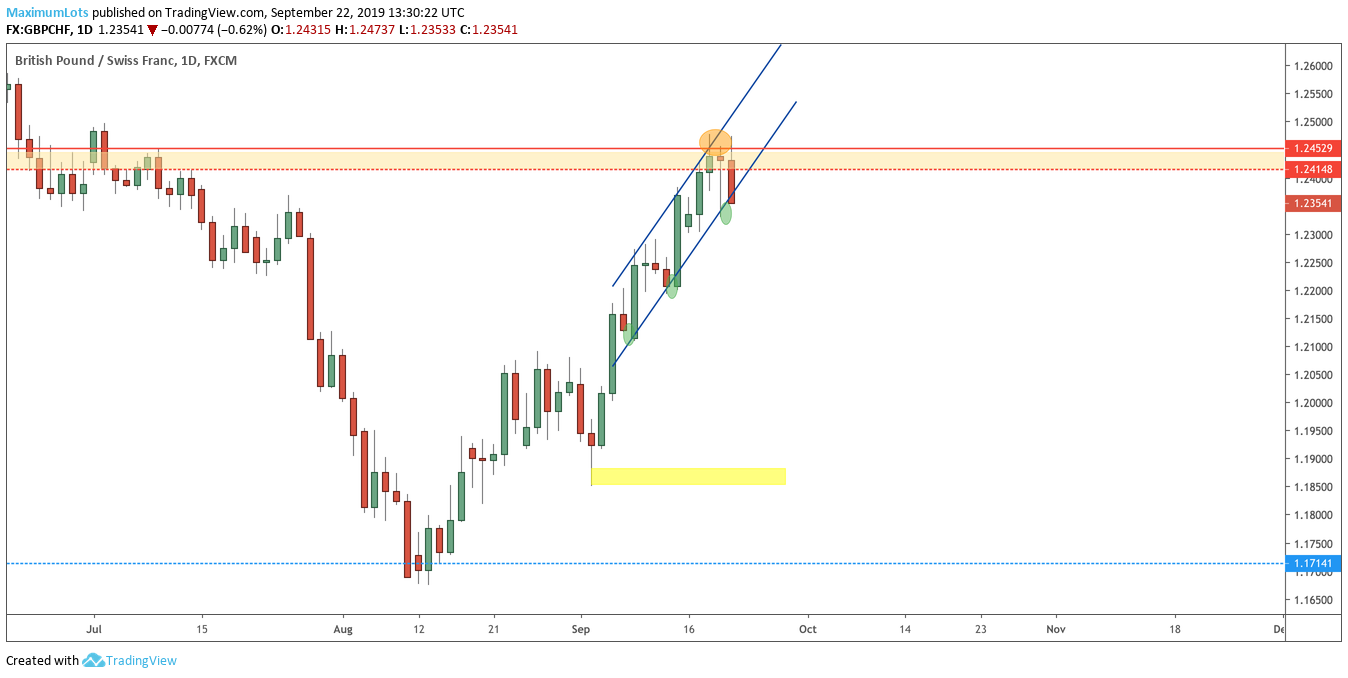 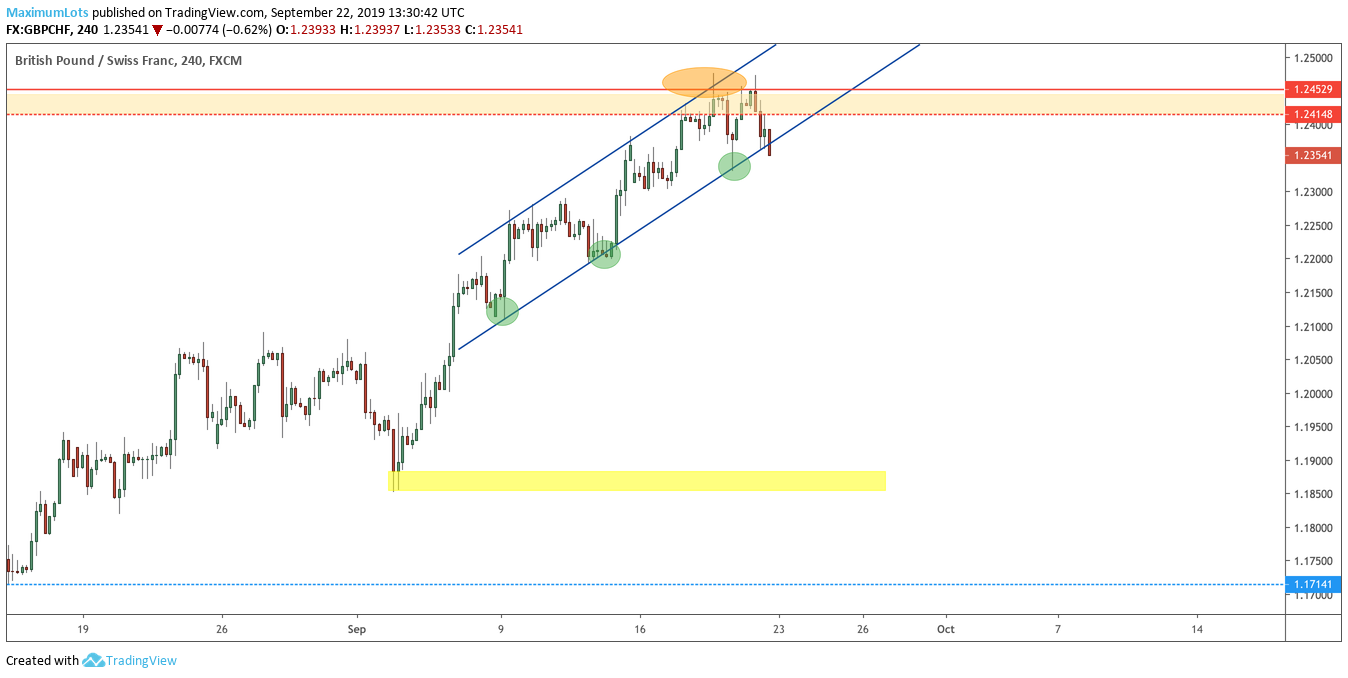 I'll let you check the status on this one.

I gave this out to the group but didn't take it.

There is no need to take every single opportunity. I spotted them and traded 2 of pound trades. They were all pretty much the same.

In other news, if the pound is going to fall then EURGBP is likely to rise right?

That definitely looked to be the case when looking at the chart.

H4 descending channel. Just needed a breakout, and retest for the long. 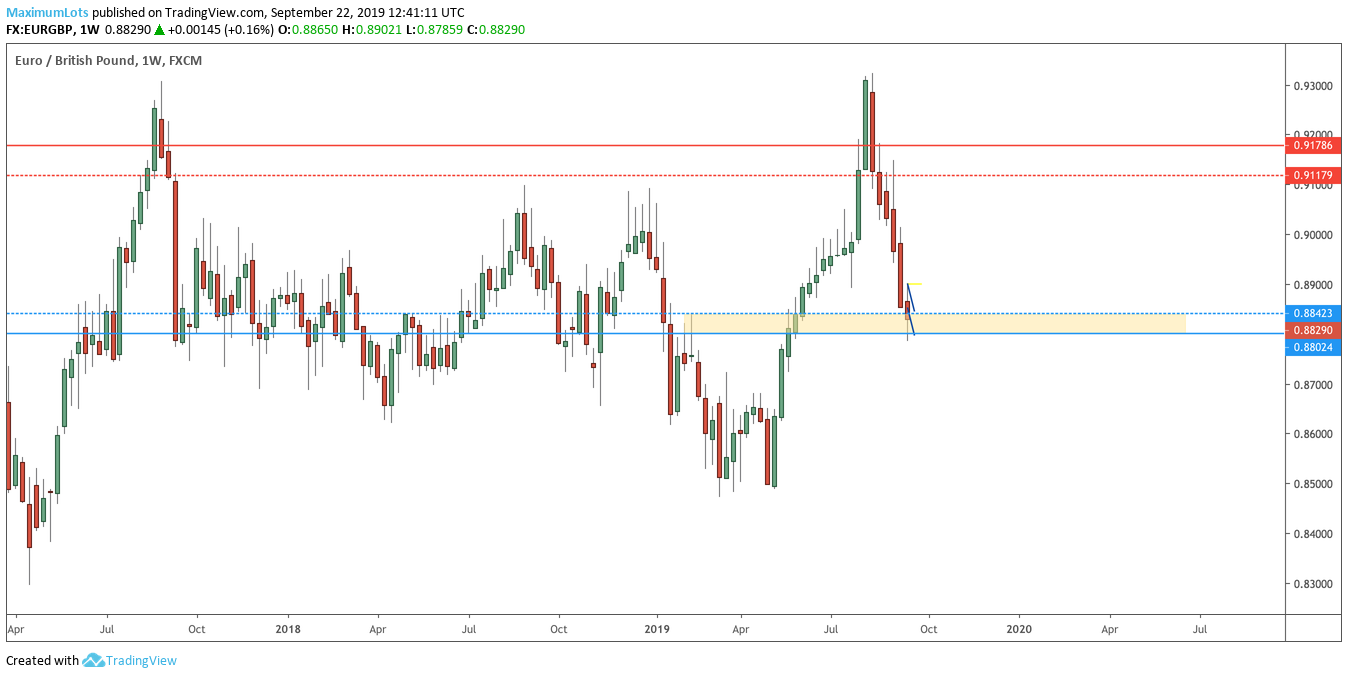 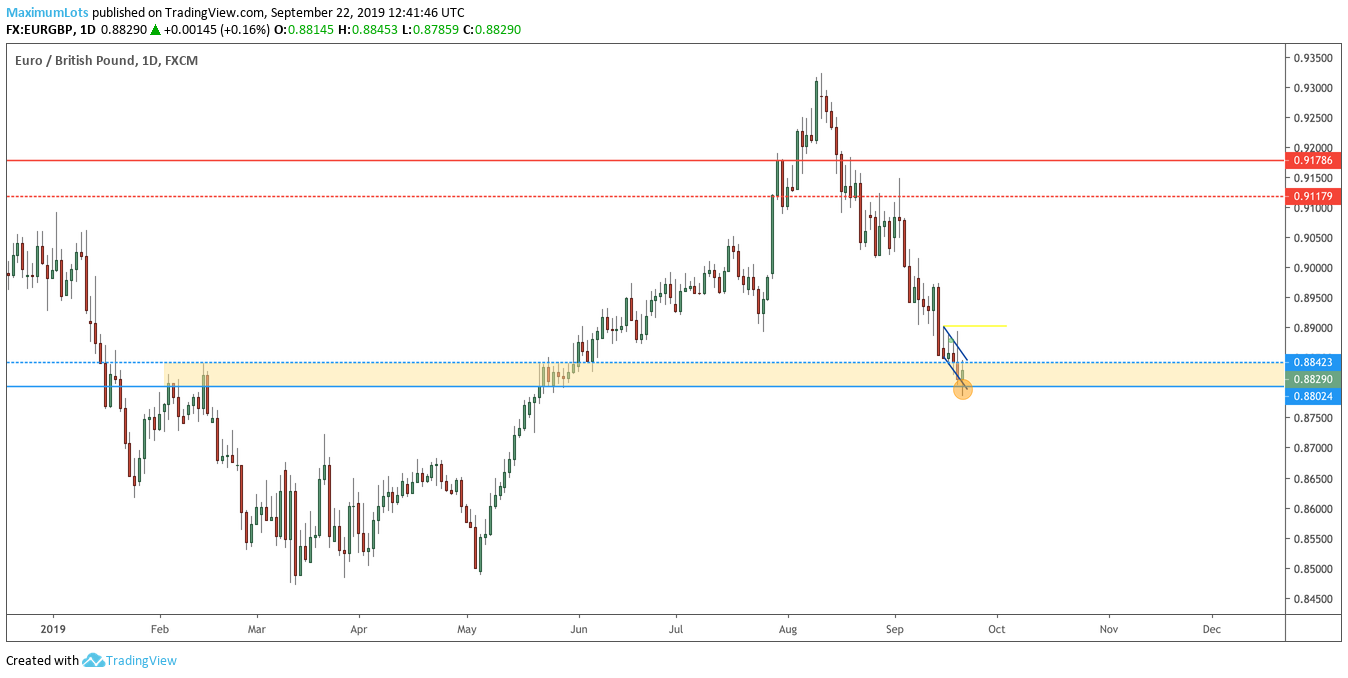 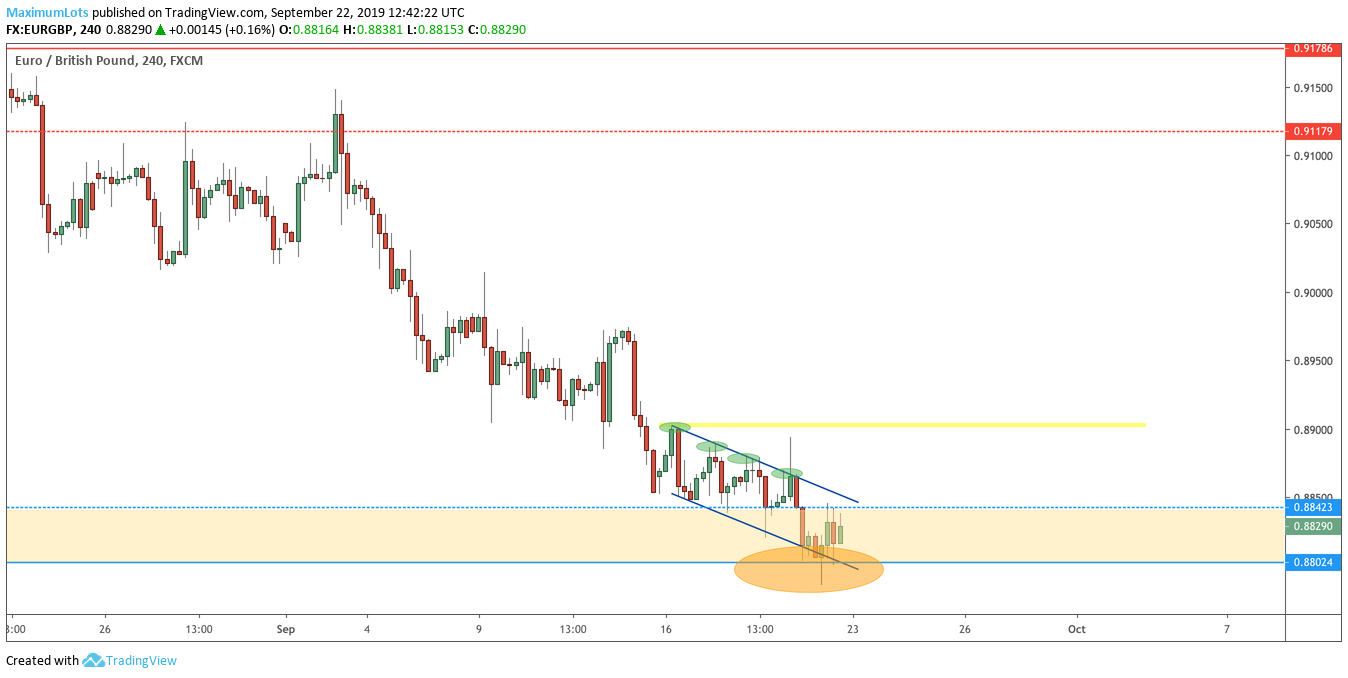 And then we got it:

This one I took as well. Pretty much the opposite PA to the pound trades. Well technically this was my third pound trade.

There's more analysis on other pairs like NU but that's quite a lot for now. I'll be back with more next week as usual.

As a side note the trading course has been updated already since launch and there's much more content to come. If you want more info on that just ask.

Show Me How
← Big Drop ON AUNU Pushes Up From Demand →